A week ago we were in Alberta, celebrating the wedding of a niece. The ceremony took place on a farm about 15 minutes’ drive from Three Hills, Alberta. Family members from all over western Canada took over the Super 8 Motel on Highway 21, just a short drive from downtown Three Hills.

Hubby and I went on our usual morning walks and drove into town numerous times. On those walks and drives I noticed  that Three Hills has many murals. Of course I took them home with me (digitally) to share here on the blog

Most of these outdoor paintings depict the pioneers and history of the area. 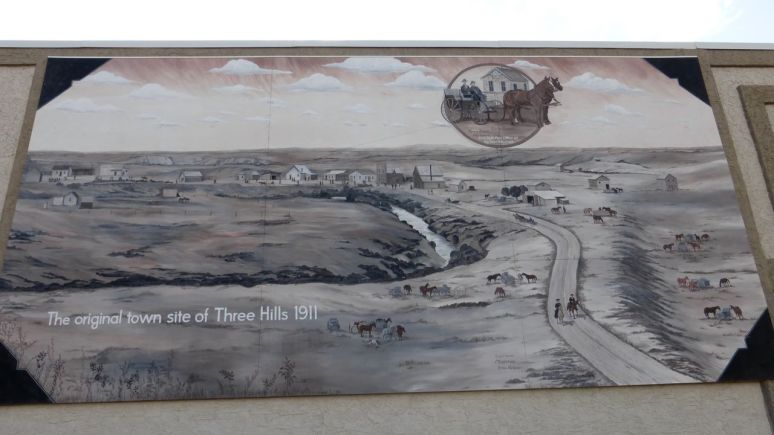 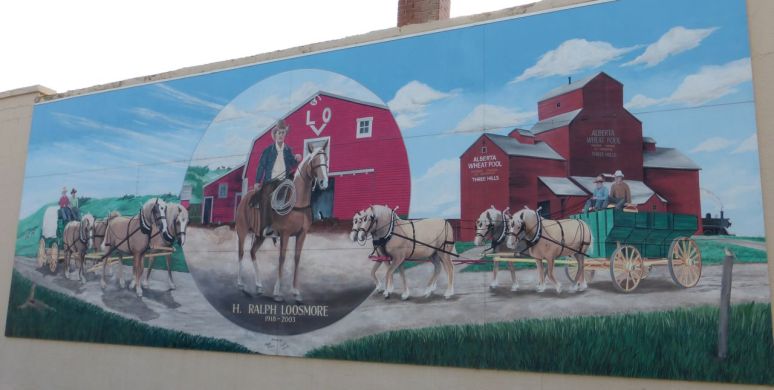 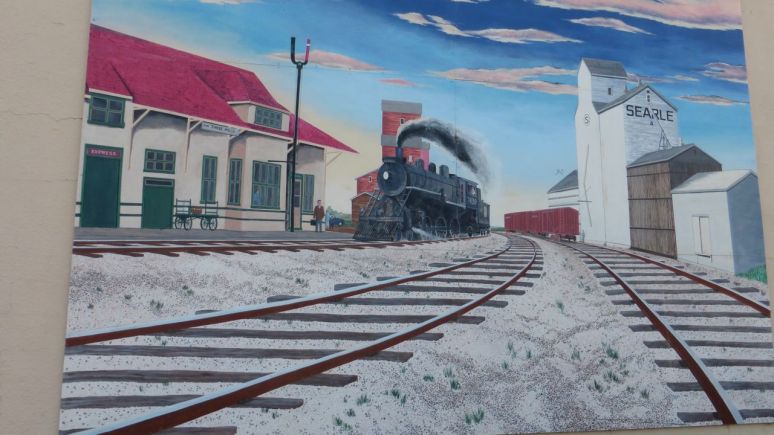 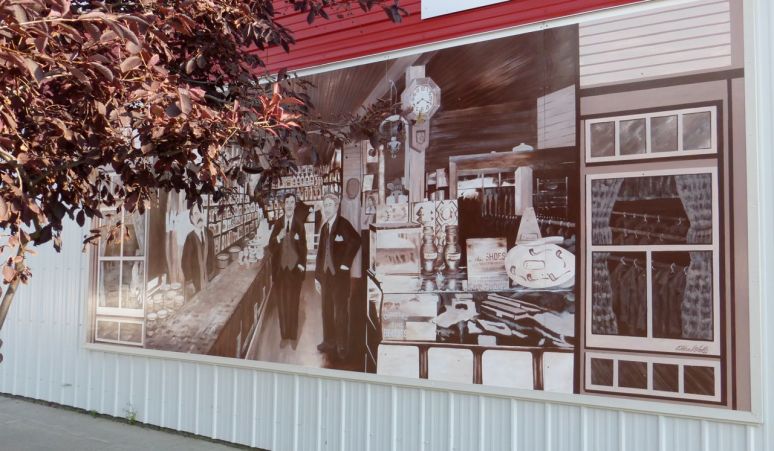 Aren’t these lovely? Any one could be a postcard or a wall painting! I especially like the sepia tones of the general store mural.

Next week I’ll post two more murals and photos of another lovely place I found in the town of Three Hills.