In the afternoon of July 11th we arrived in Kimberley. We stopped at my sister’s for coffee and then she took us to Marysville where we walked the beautiful path along Mark Creek past the Marysville Falls.

Noticing some bikes inside the chain linked area, we scanned the gorge below us and sure enough, there were kids scrambling around the cliffs at the base of the falls. We watched for a bit and I even caught one mid-dive. 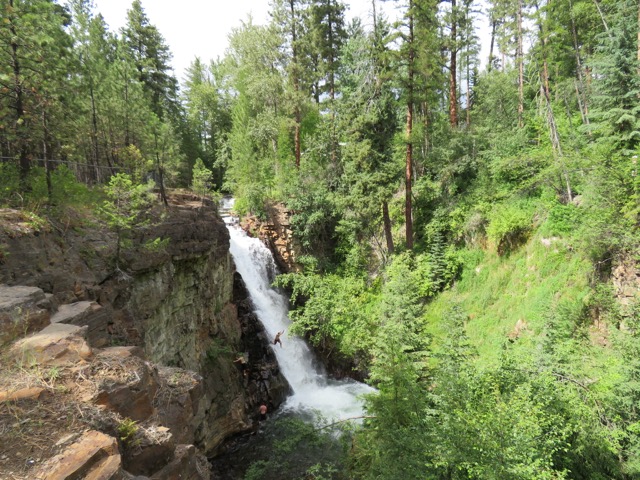 The surrounding area is beautiful with wild flowers, like these pink mallows.

It’s always a treat to stay with family on a vacation road trip. Sis fed us and generally looked after  us well. (Thank you so much!) 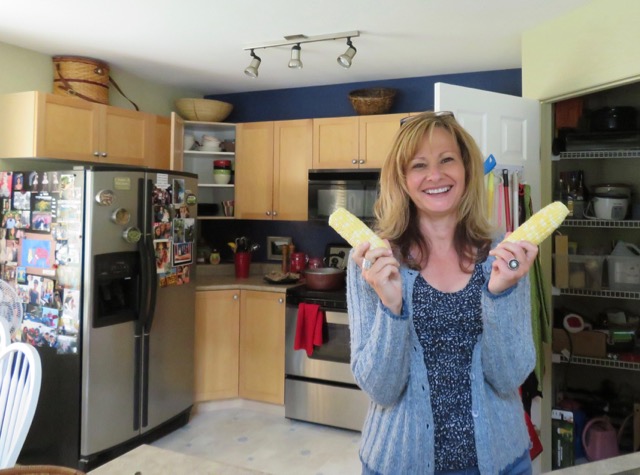 The next morning we did a little explore of Cranbrook and surrounding area. The Elizabeth Lake Bird Sanctuary was beautiful this July morning.

Back in town, we took in the historical murals. This town has a thing about the railroad. It is celebrated in these murals and the beautiful Railroad Museum. (Click on any photo to isolate.) 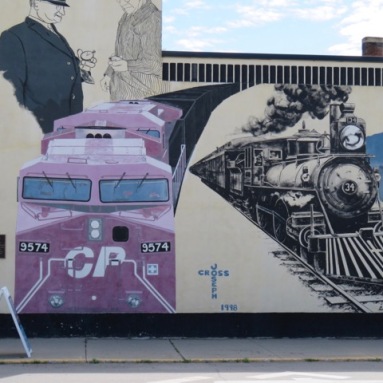 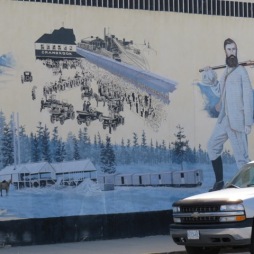 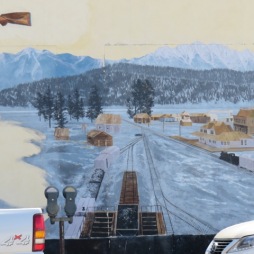 At the Railroad Museum we weren’t in time for a tour of the refurbished vintage luxury rail cars, but we did see the elaborate miniature railway display (and push the button to make the trains go round). 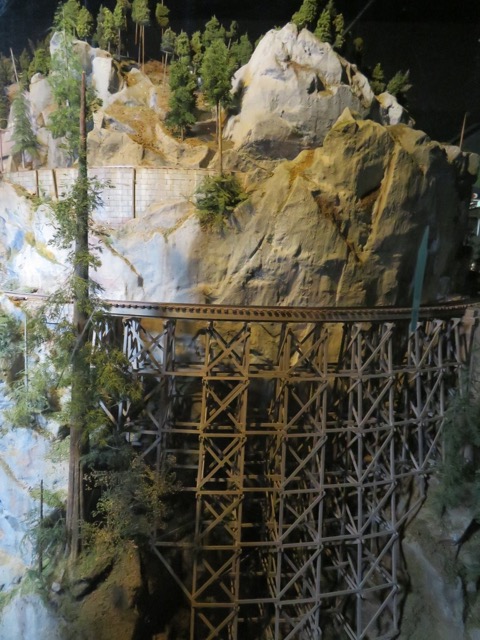 The elaborate miniature railroad even had this mighty trestle (Photo © 2016 by V. Nesdoly) 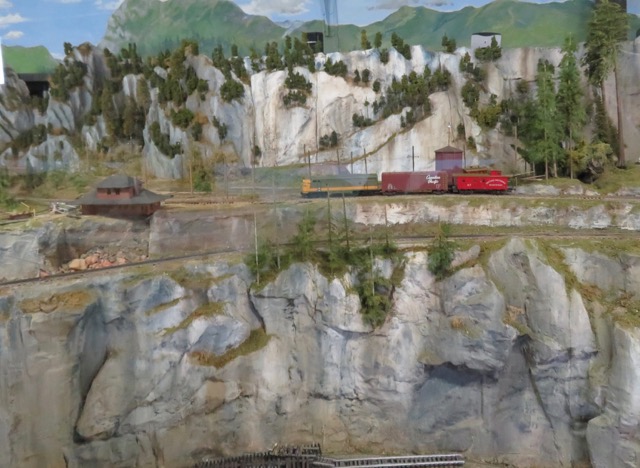 Several trains were activated by a switch to run round the track (through tunnels and over bridges) (Photo © 2016 by V. Nesdoly)

Also part of the museum are these artifacts (if you can call something as huge as a fireplace and a room complete with decorative pillars, arches,  and ceiling ornaments ‘artifacts’) from Canada’s golden age of railroading. The information poster read:

“The fireplace was from the main dining room—The Alexandra Room—of the Canadian Pacific Railway’s famous Royal Alexandra Hotel in Winnipeg, Manitoba, built in 1906. The dining room was a larger room than the hotel’s Grand Cafe, that has also been fully restored here and now called Royal Alexandra Hall, located in another part of this building complex.

“When the hotel was demolished in 1971, this fireplace and the entire Grand Cafe were saved by the contractor due to their great beauty. They were placed in storage for over 25 years in a semi-trailer in Winnipeg—virtually forgotten—until the Museum purchased the items in 1999. This was just in time for them to incorporated into preliminary designs for new facilities at this new larger site, part of which were opened in 2014.”

Detail of the Royal Alexandra Hall in Cranbrook (Photo © 2016 by V. Nesdoly)

This beautiful quilt, made by some women in the community and on display in the museum is symbolic of the history and community spirit of Cranbrook.